To get started, click on the Tourneys tab in the top menu bar

A list of all our partnered events as well as any custom tournaments that you have created will now be visible for each recruiting period (or "Session", occurring in April, July, or September). Use the arrows to the left and right of the recruiting period to see past or future tournaments, or use the drop-down box to flip between various spring and summer recruiting sessions.

Once you have located the correct Session, click on any tournament in which you are interested in assigning recruits and staff members. 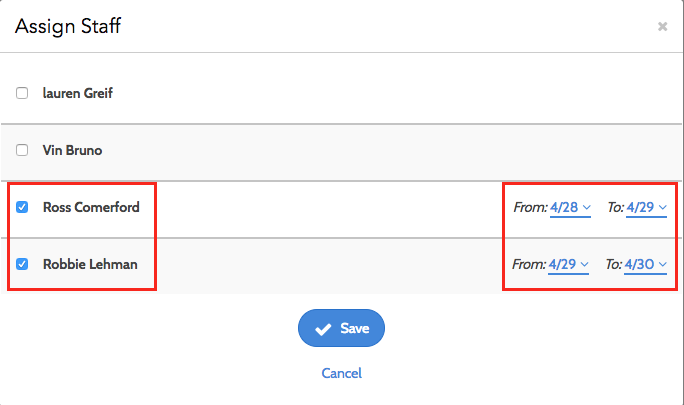 Now that the first two steps of assigning Staff and Recruits is complete, the last step to make sure schedules are automatically loaded into the attending staff members' schedules is to "map" Recruits to their Tourney Teams. While assigning Staff and Recruits can be done well in advance, the last step of mapping Recruits to teams can only occur once we have received a schedule and a list of teams from the tournament operator. You will know a tournament schedule is available from the Tourneys tab when the "Status" column next to a tournament switches from "Committed" to "Scheduled."

To map a Recruit, use the Tourney Team drop down menu next to the Recruit's name and info. This menu will contain all of the teams within that tournament, and is fully searchable. 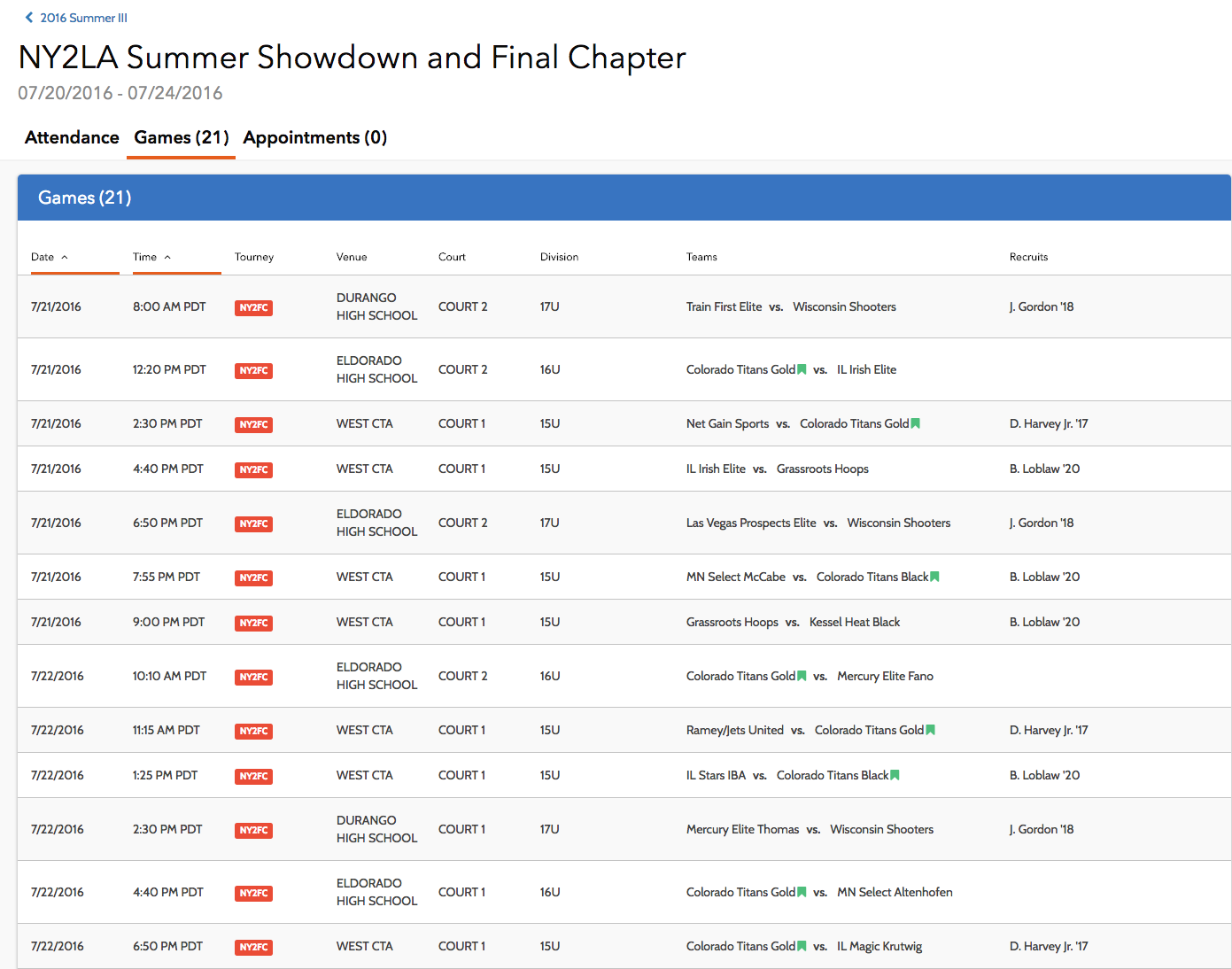 In addition to mapping Recruits to their Tourney Teams, games can be added to coaches' schedules using the Follow Team feature. This allows the coach to follow a particular team without necessarily knowing ahead of time which Recruits will be playing for that team. This feature is available within FastRecruit Web, as well as from the FastRecruit Mobile app. 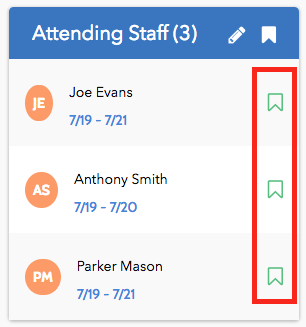 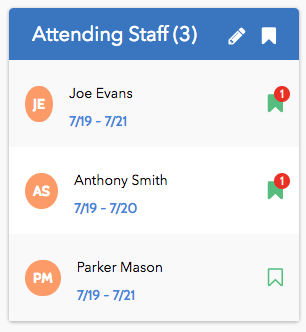