If you would like to add a new Recruit to your team's database, this can be done from the Recruits tab at any time. This process should be used if you want to add a Recruit to your list despite not yet knowing the Recruit's tourney team or schedule (use this method instead if you do know the tourney team, or this method if you are currently attending a new Recruit's game).

To get started, click on the Recruits tab at the bottom of the FastRecruit Mobile app. 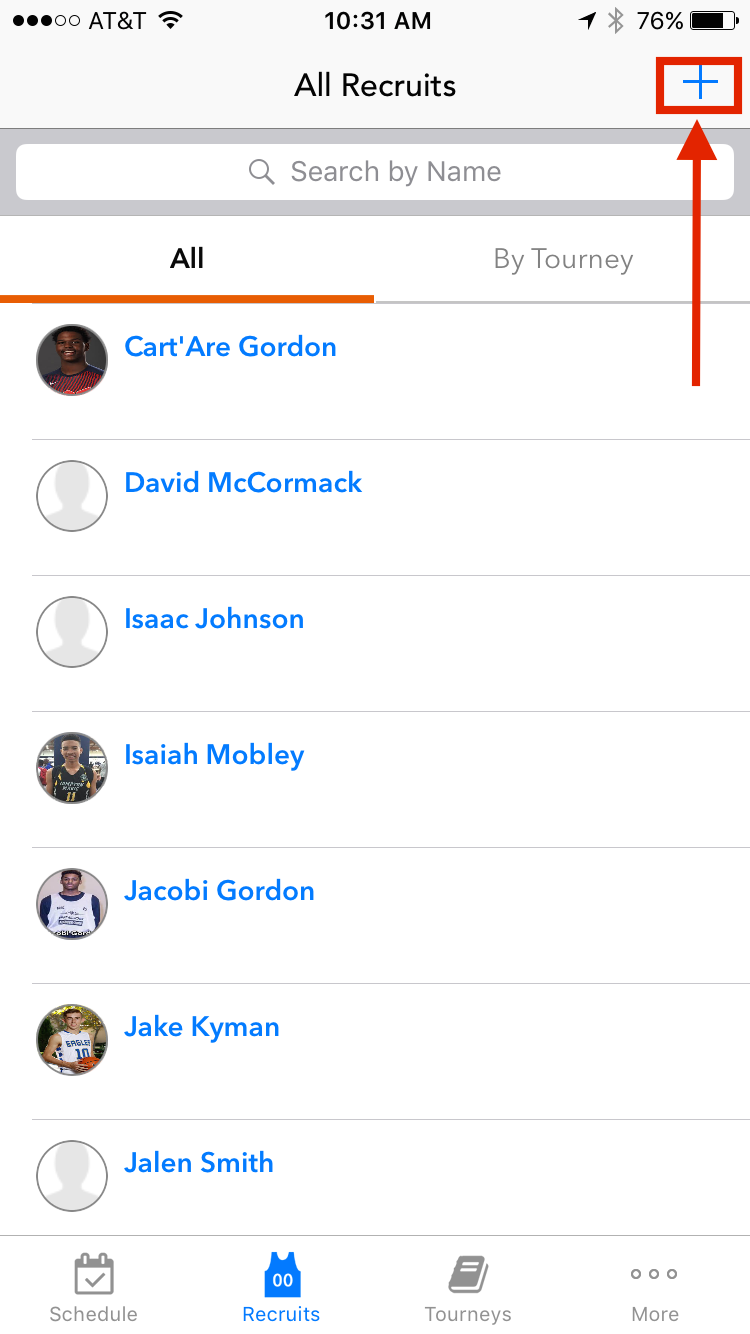 In the New Recruit menu, you can fill out as much of the recruit's information as you currently know (Name, Jersey #, Category, Class of, Position, School, etc). If you know the Recruit's current tourney team for the event that you are at, you also have the option click on the "Add Tourney Team" button to select the Recruit's tourney team. If you don't know the tourney team yet, this Recruit can be edited later. 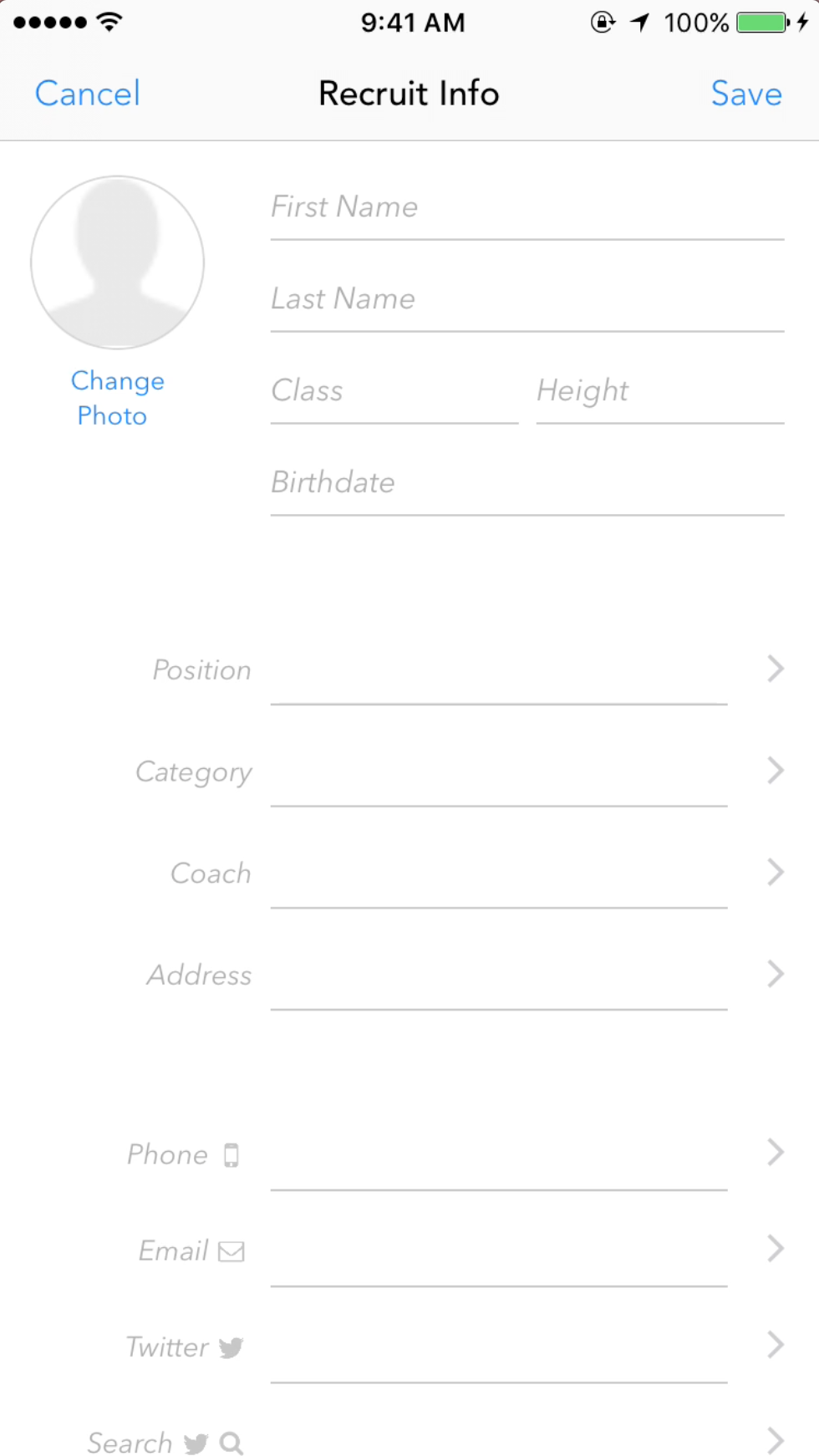 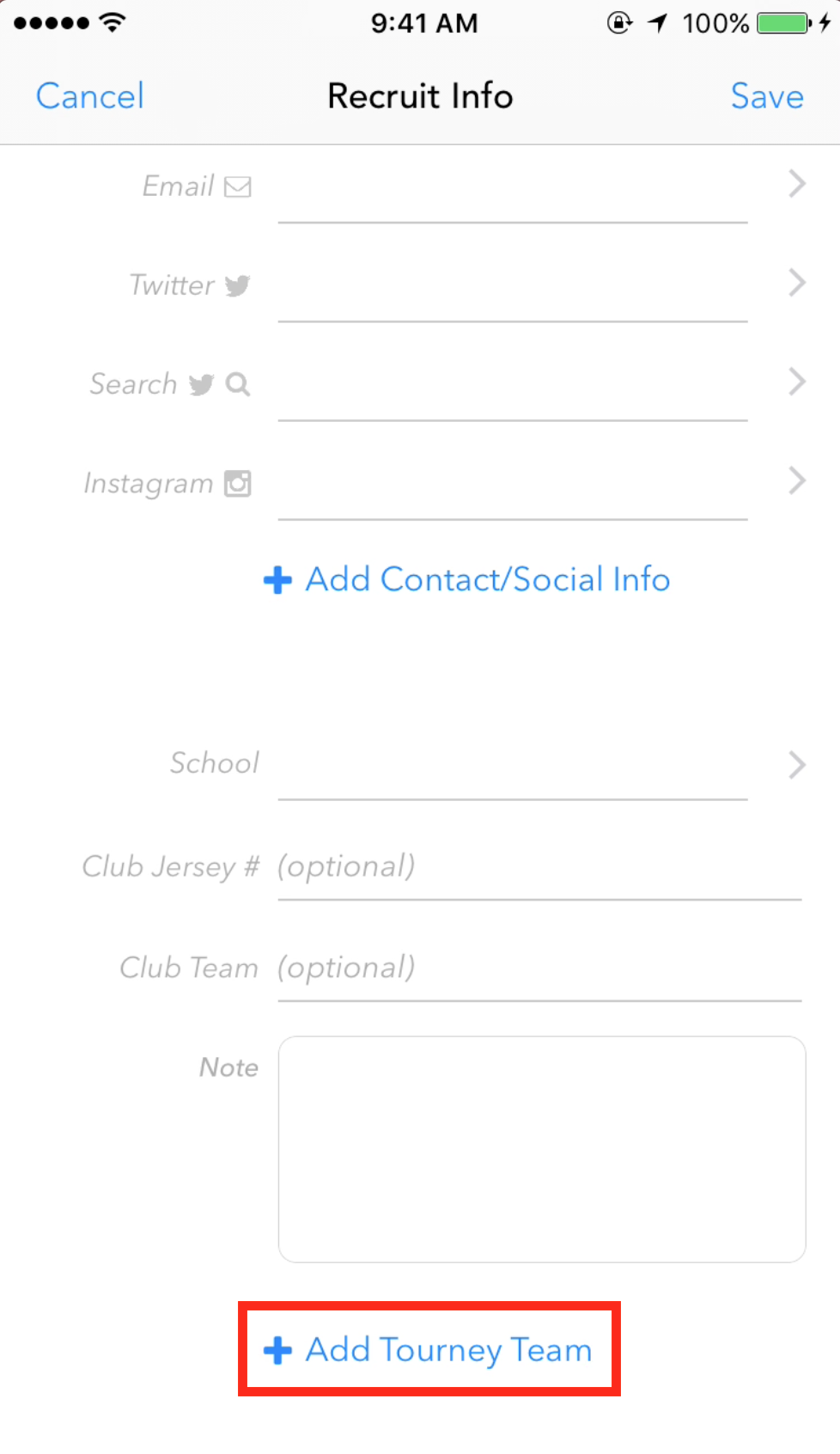 Clicking the "Add Tourney Team" button will present you with a list of available tournaments for your current Session. Choose the tournament you are currently attending from the list. You can then scroll through the available teams at the tournament by division, or you can use the search box to search for your team. 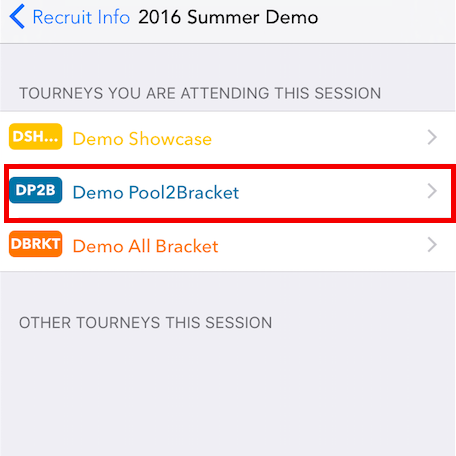 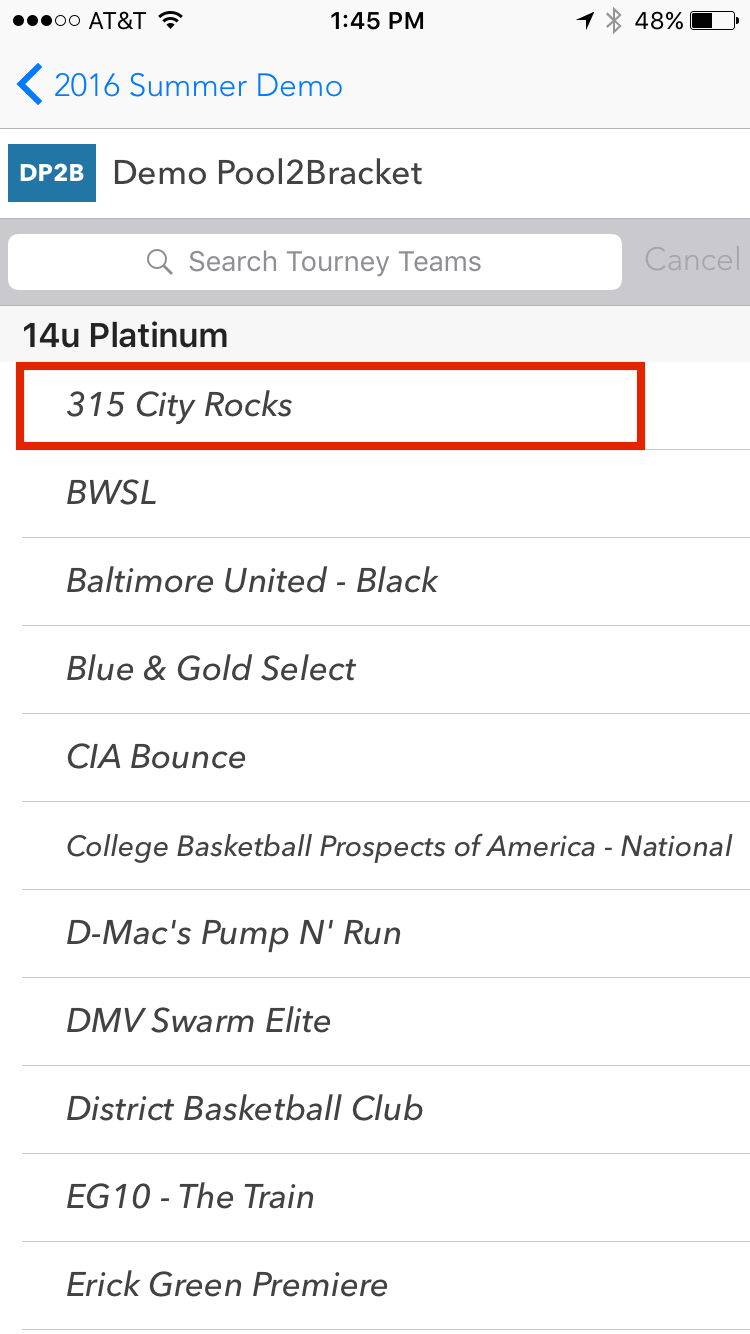 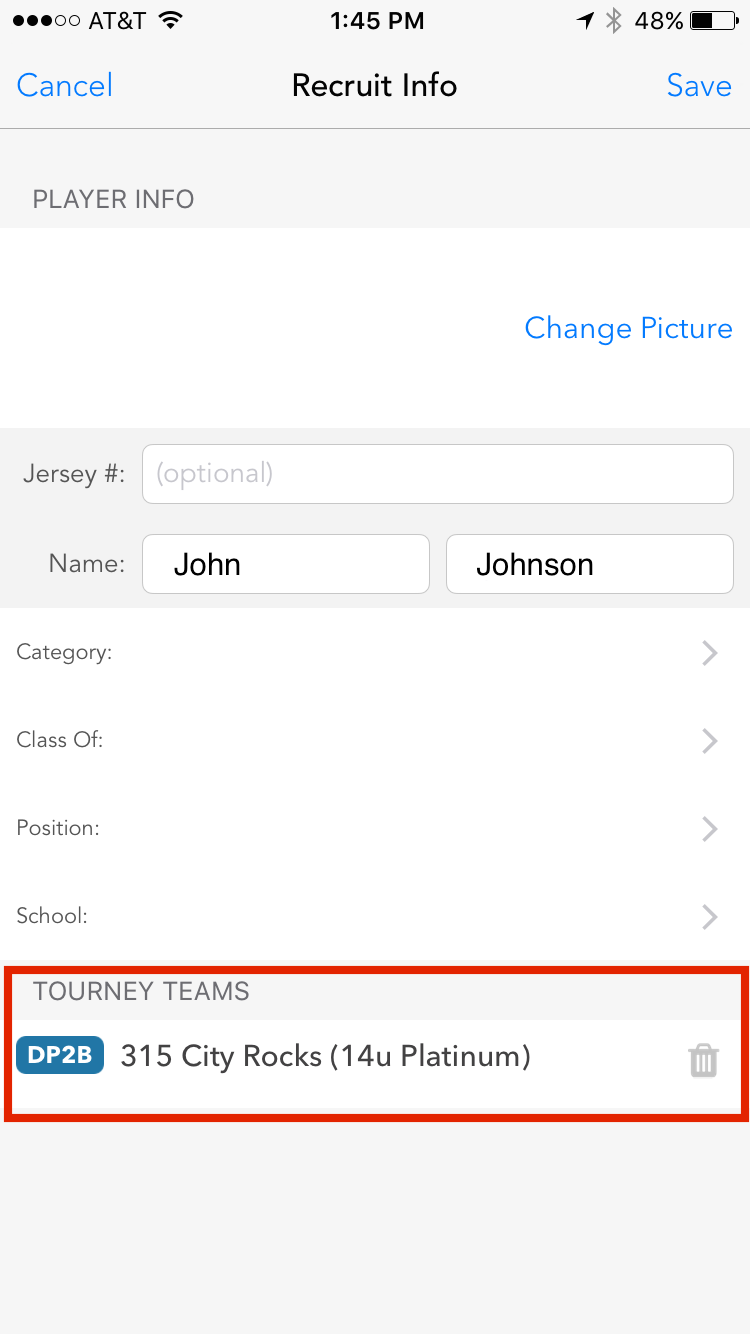 Press the "Save" button in the top right corner, and the new Recruit will now be added to your team's database, and will be visible to all other staff members. The Recruit's games will also be added to your schedule.