The best way to divide up a head coach's schedule between one or two assistants at the same tournament is to Star games for your head coach. This process can best be accomplished through the FastRecruit Web portal using the Schedule Tab.

Step 1: Assigning Staff and Recruits to a Tournament

Start in the Tourneys tab of the Web portal and select the tournament your coaches will be attending. Assign all assistant coaches that will be attending the tourney, then assign all Recruits that you will be watching at the tourney and "map" them to their correct Tourney Team. More in-depth instructions for this step are available here.

Once the correct staff members and Recruits have been assigned to the tournament, you can now open the Schedule tab. Activate the initials of each assistant coach who has been assigned to the tournament to see their upcoming schedules. For each game that you would like your head coach to attend, click the star icon underneath the head coach's initials and next to the selected game. For each game that you Star, your head coach will be able to view these games in the Schedule tab of the FastRecruit Mobile app, and can isolate Starred games by using the "Starred Games Only" filter.

In the example below, coaches "RL" and "RC" are assistants traveling to the DShow tourney. Their head coach, "VB", is also at the tourney and will bounce back and further between assistant coaches. By starring games for VB in the Schedule tab of the Web portal, he will have the most important games of the tournament added directly to his Starred Games list on his Mobile app. 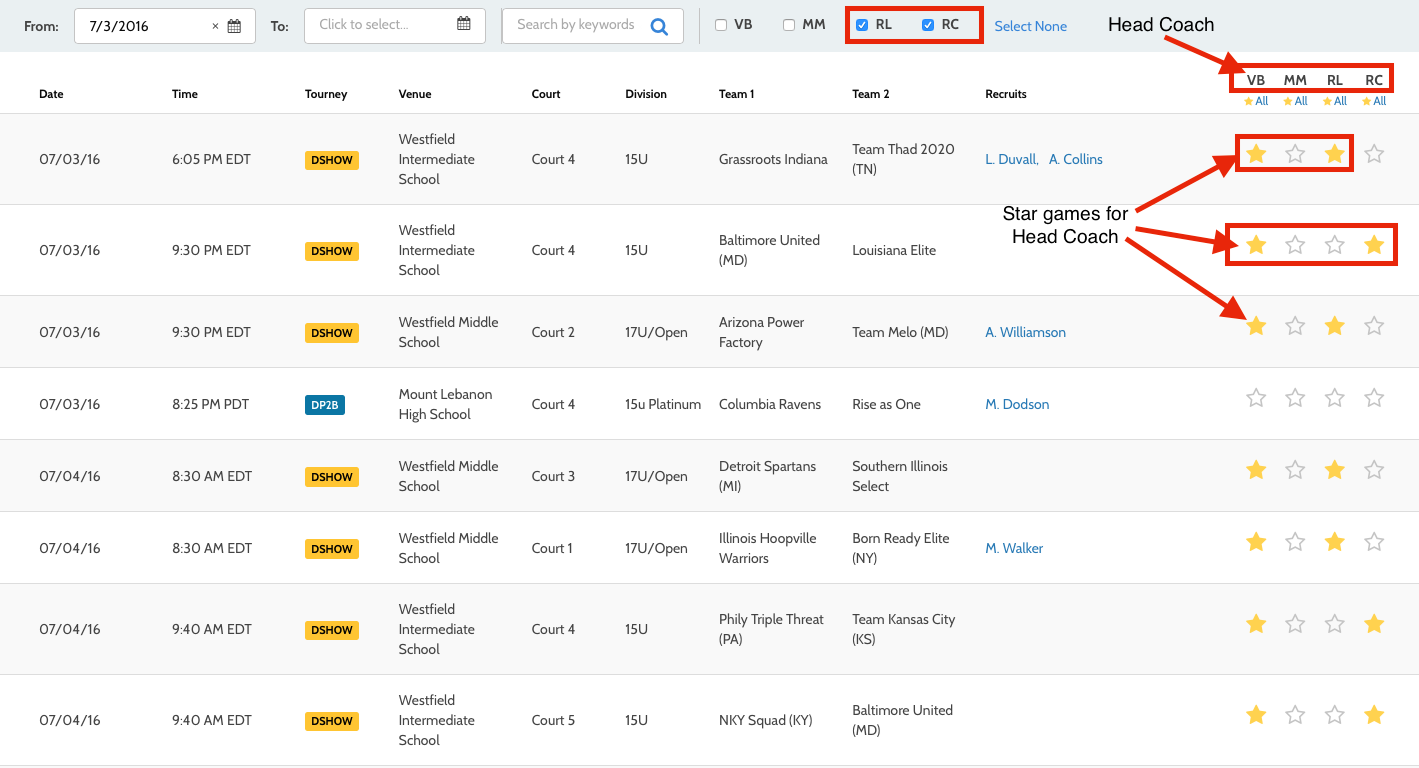