3. Points per Period - Points Scored and Allowed per period.

For the following tiles, you can choose between opponent stats or your OWN team stats by clicking the down arrow next to the team. 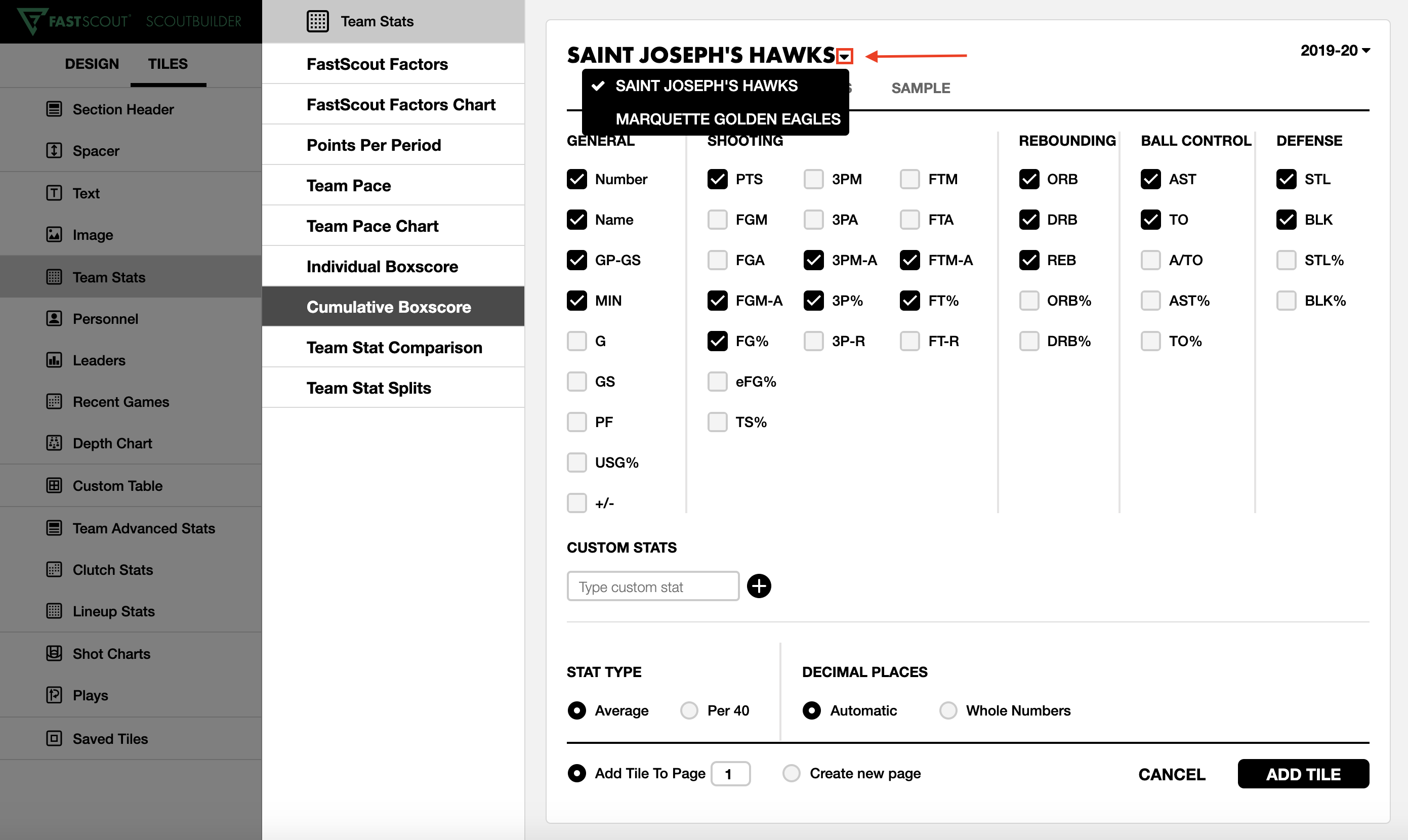 Team Rankings show a statistical comparison of your opponent, or your team across a conference or all NCAA teams. College teams can toggle between the conference and D-1 rankings. Rankings are currently available for the following tiles:

After clicking on the selection, the Games and Options tab display. The Games tab allows you to filter by Conference, Nonconference, Home, Away, Wins, Losses, your Previous Games Against the Opponent, and the team's Last "X" number of games. Toggle to the previous season by sliding the toggle to "Last Season". Games will appear greyed out because you are confined to the predetermined filters. 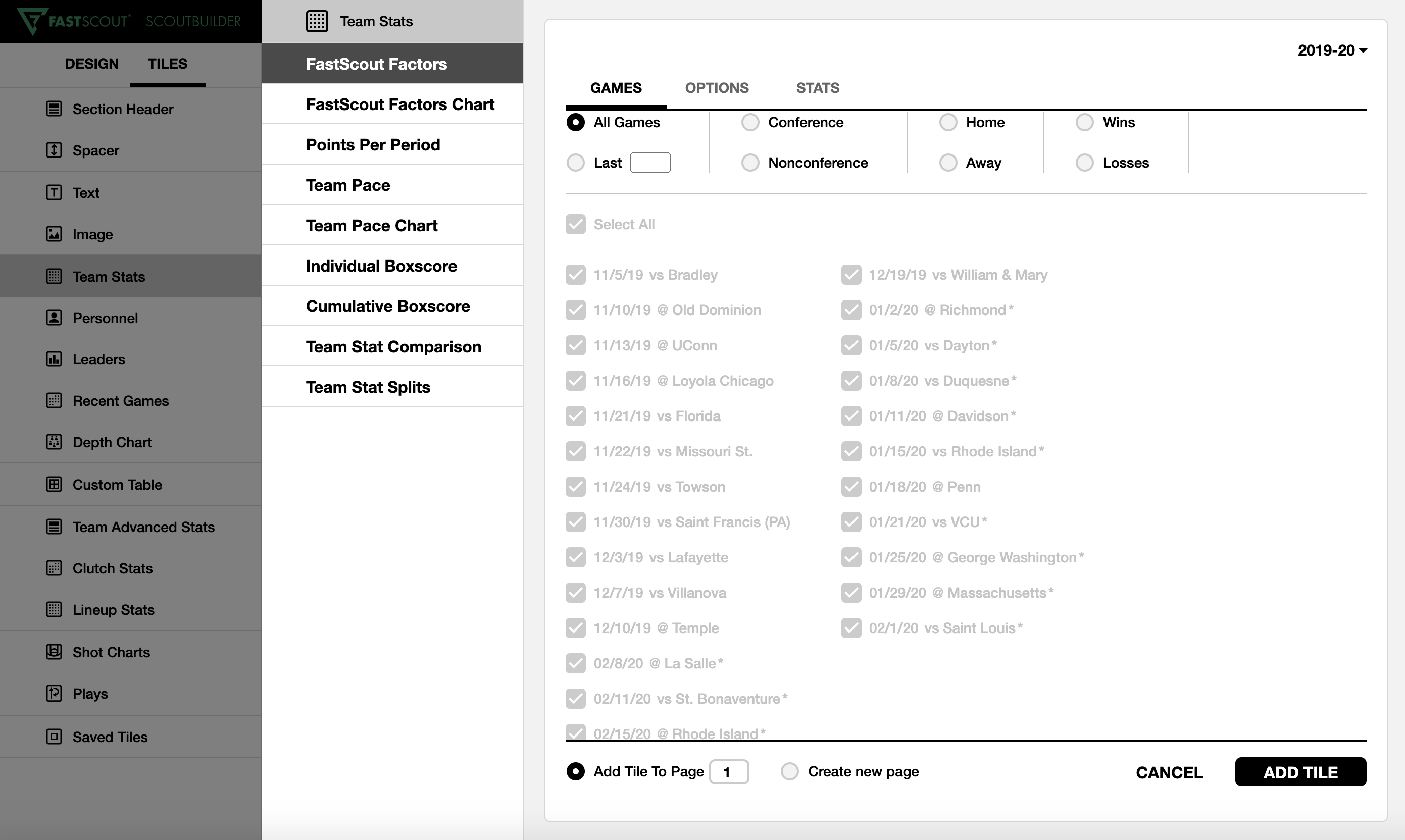 After selecting the specific filters, click the Options tab. This previews the information before adding the tile, with the option to include/omit certain columns, and re-organize existing columns. College teams can toggle between the conference and D-1 rankings. Rankings are currently available across D1 or Conference. Rankings will now show colors according to new rules: Top 33% = Green, Middle 33% = Gray, Bottom 33% = Red. Previously the rules were top 25%, middle 50%, bottom 25% 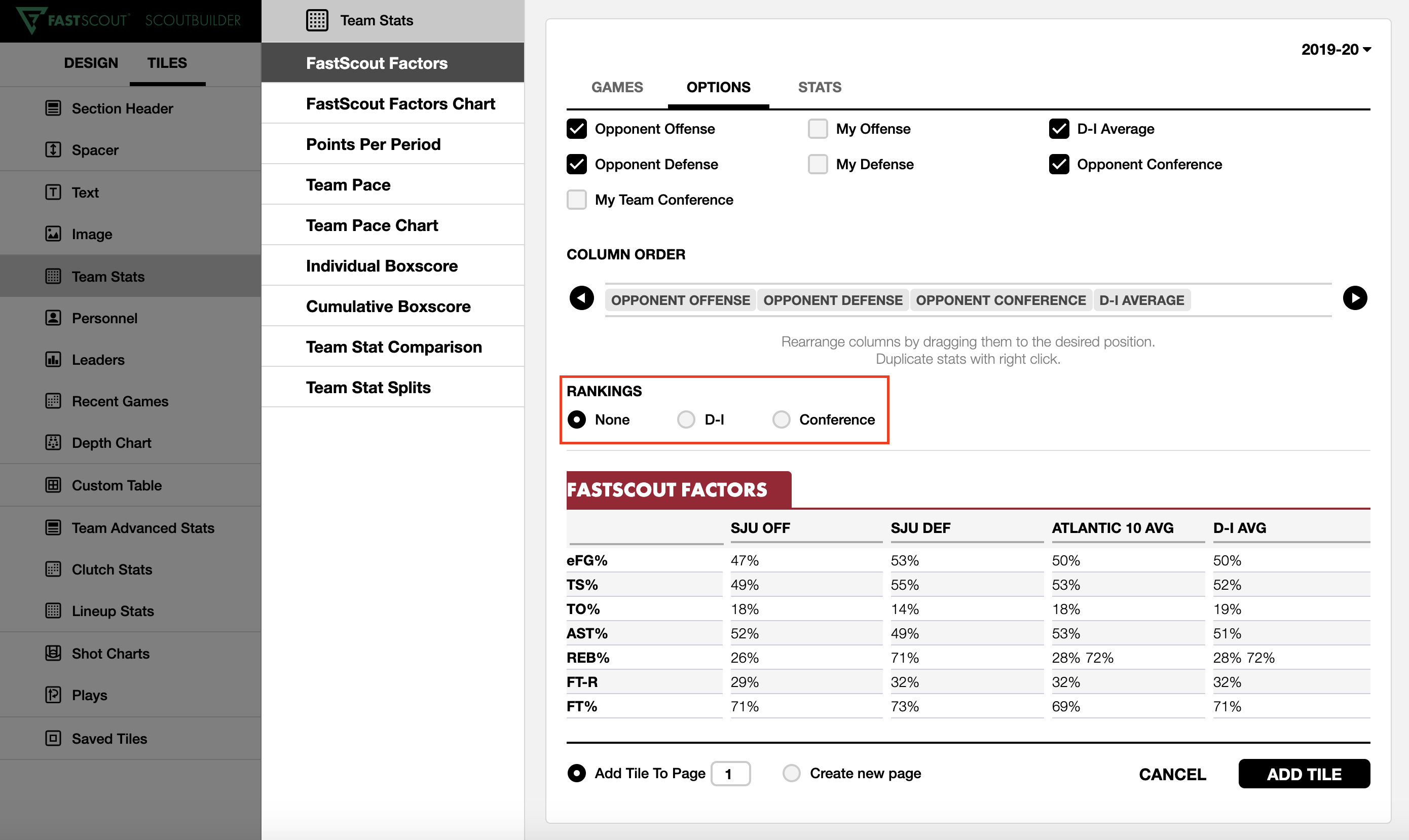 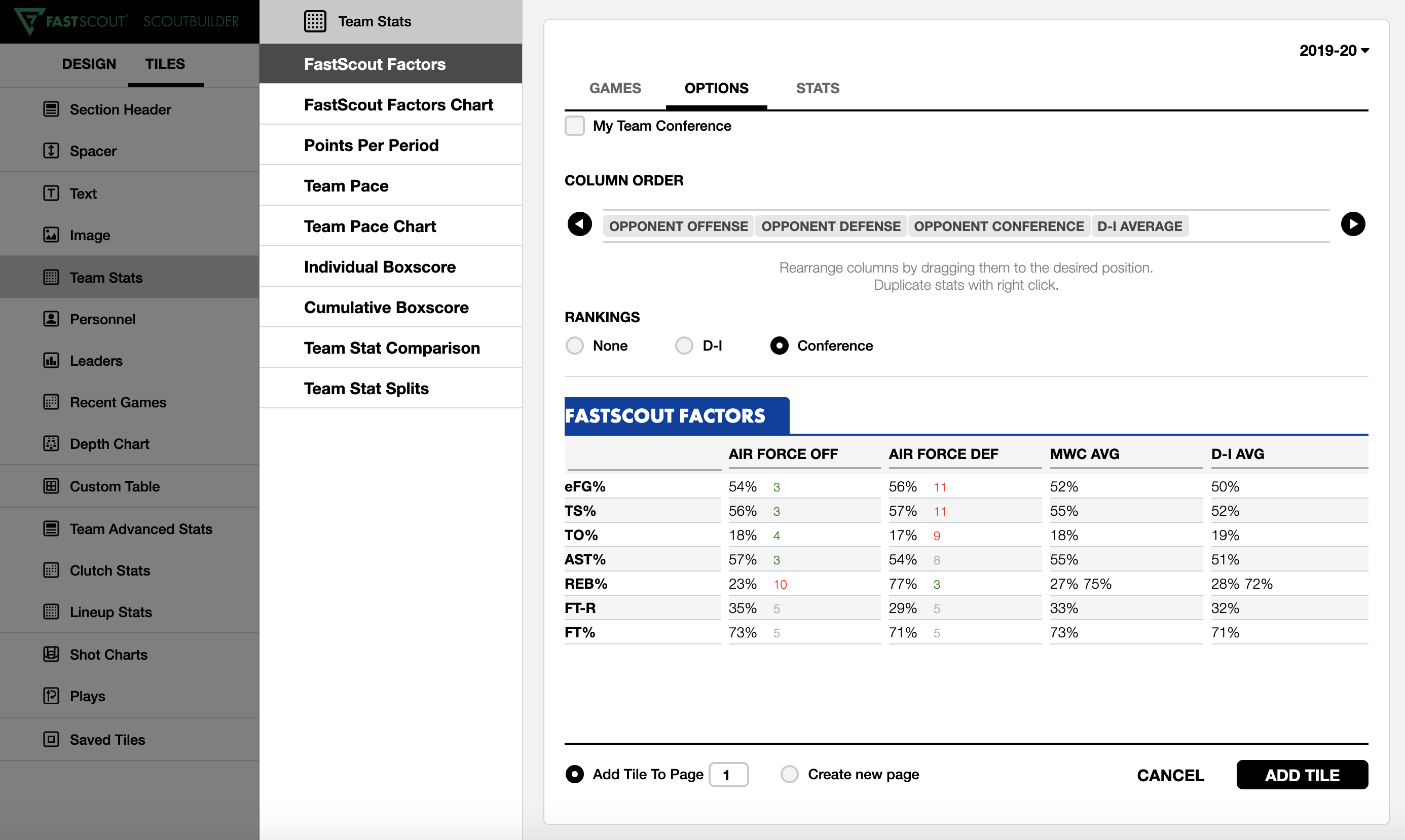 The Four Factors Chart Games and Options tabs operate the same as the regular Four Factors. Use the dropdown to choose which Four Factors statistic you would like displayed in the chart. 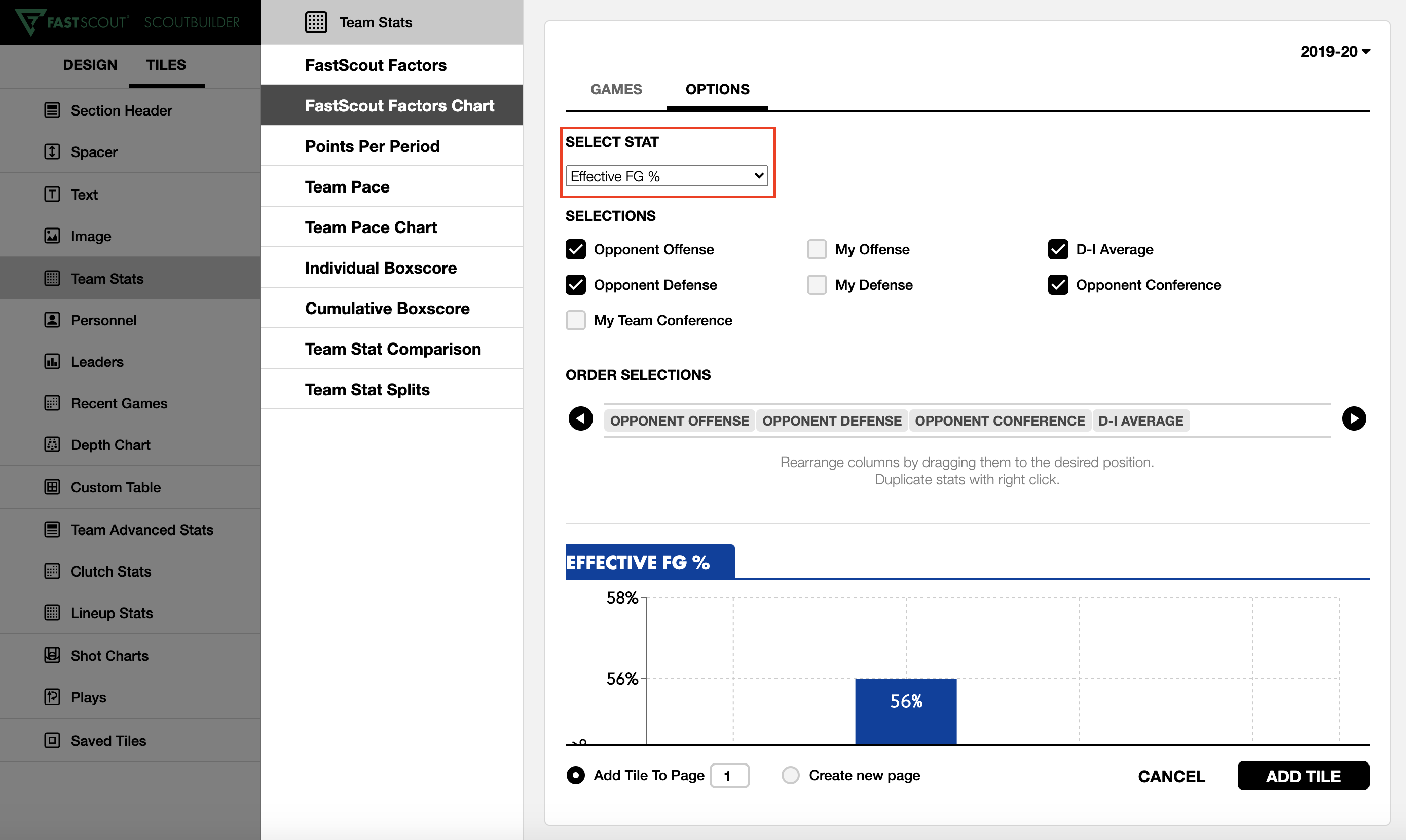 Points per Period has two tabs. In the Games tab, you can select the individual games or splits you would like to use for your report. The Sample tab will display a preview of the tile. Overtime stats can be shown by toggling the "Show Overtime Periods" button in the bottom right. 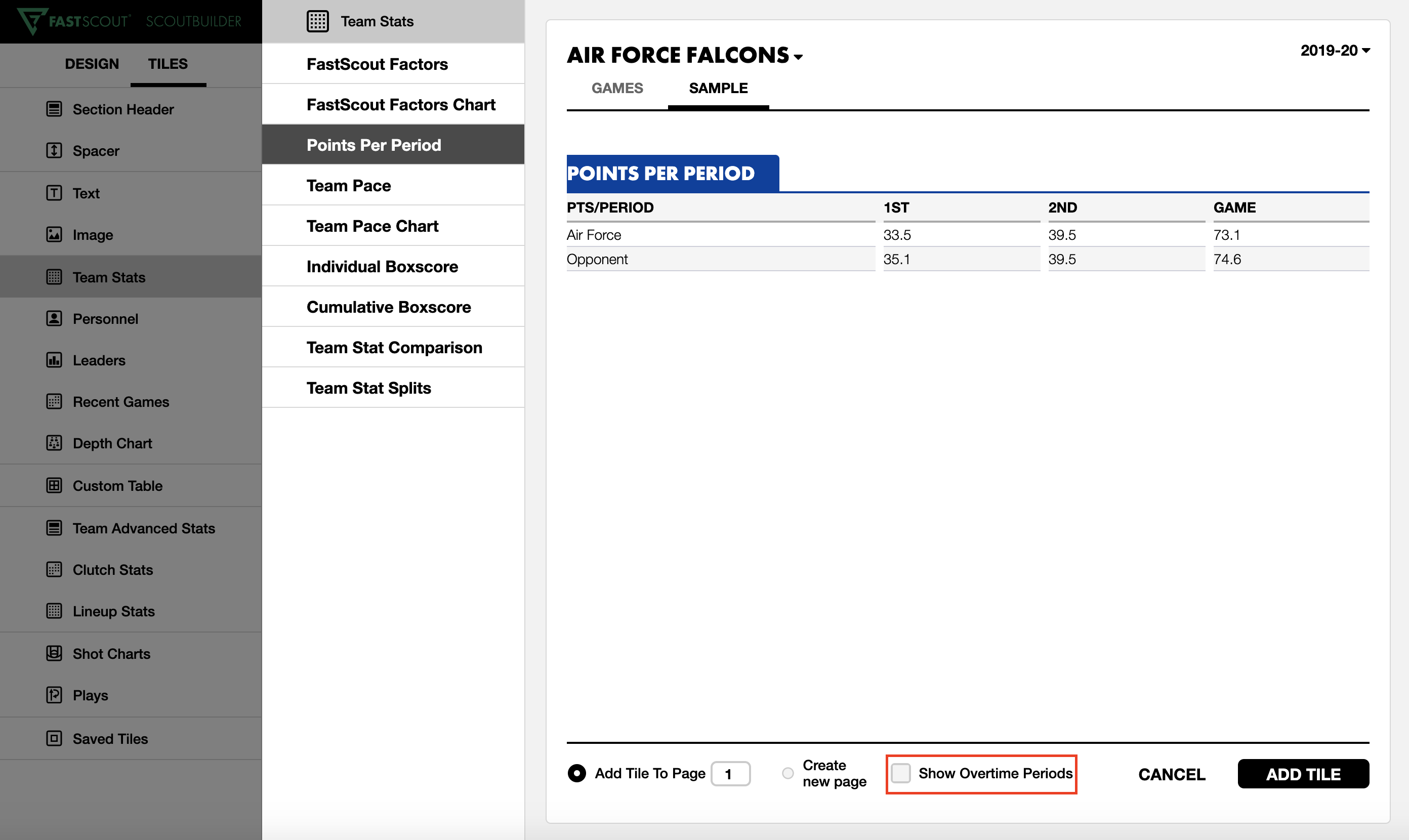 In Team Pace, there is an additional Options tab, where you can include/omit certain comparisons, and arrange the order in which they appear. 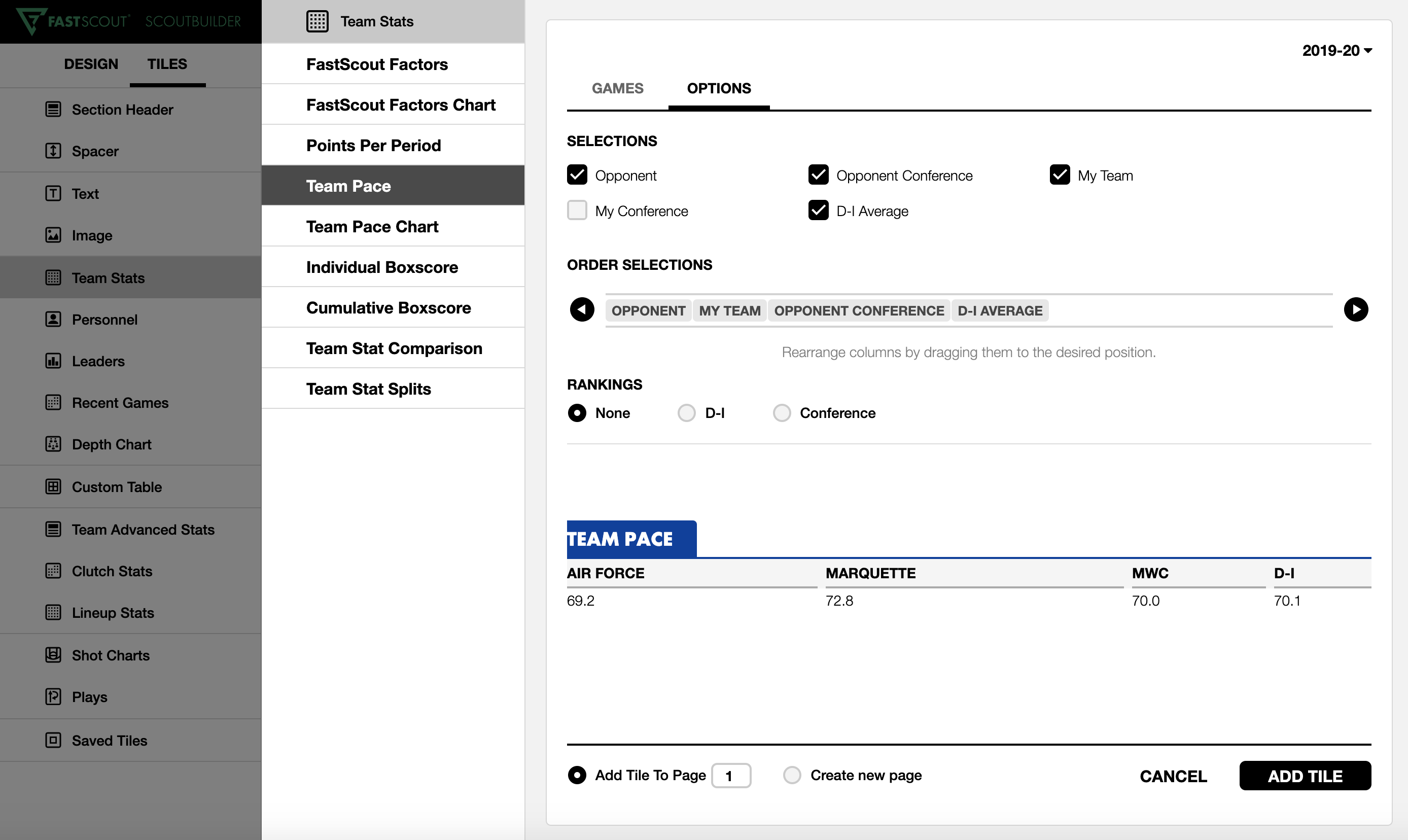 Team Pace Chart has all the same options as Team Pace, but the Sample tab previews the chart version. 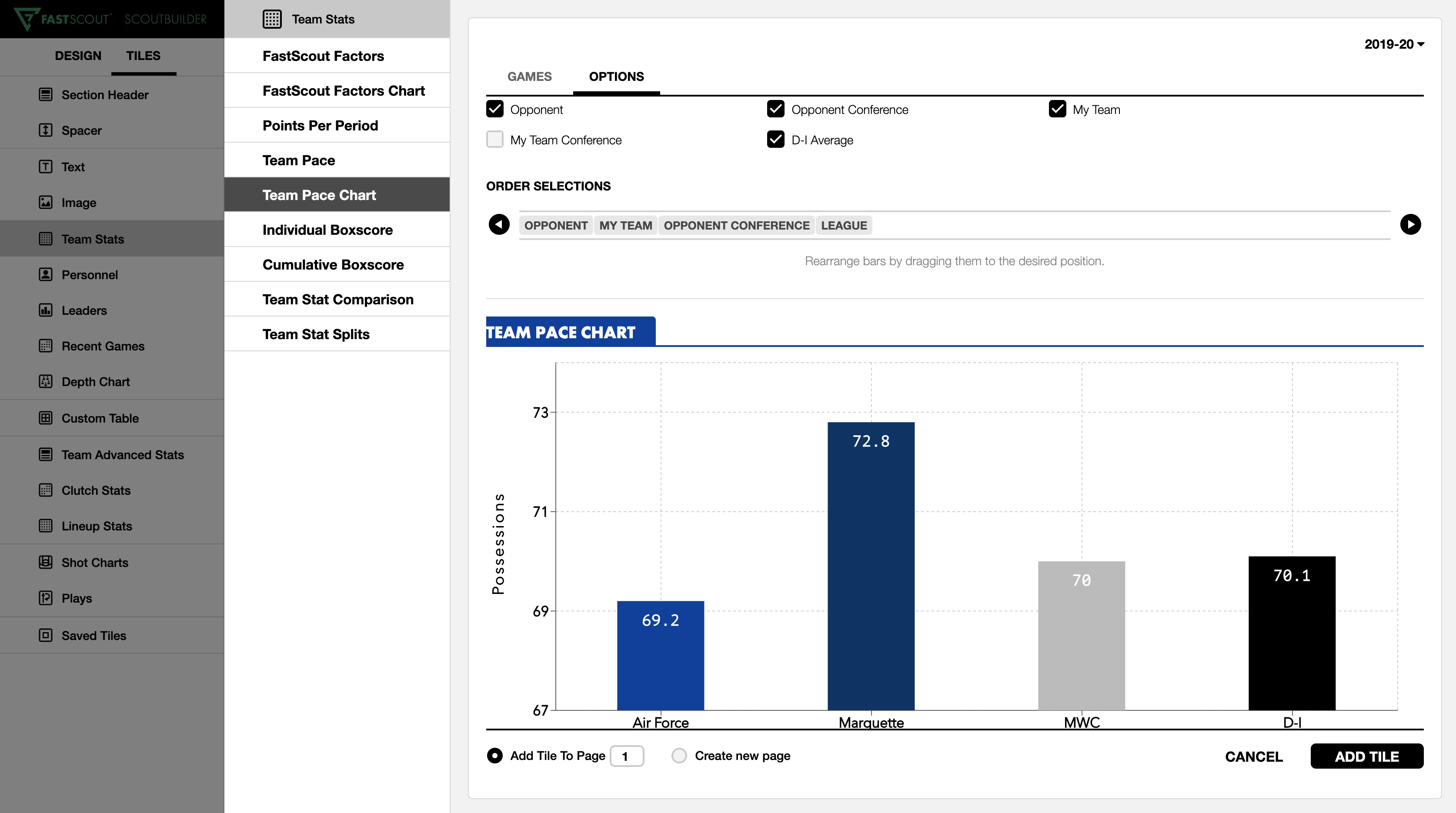 You must select one game. 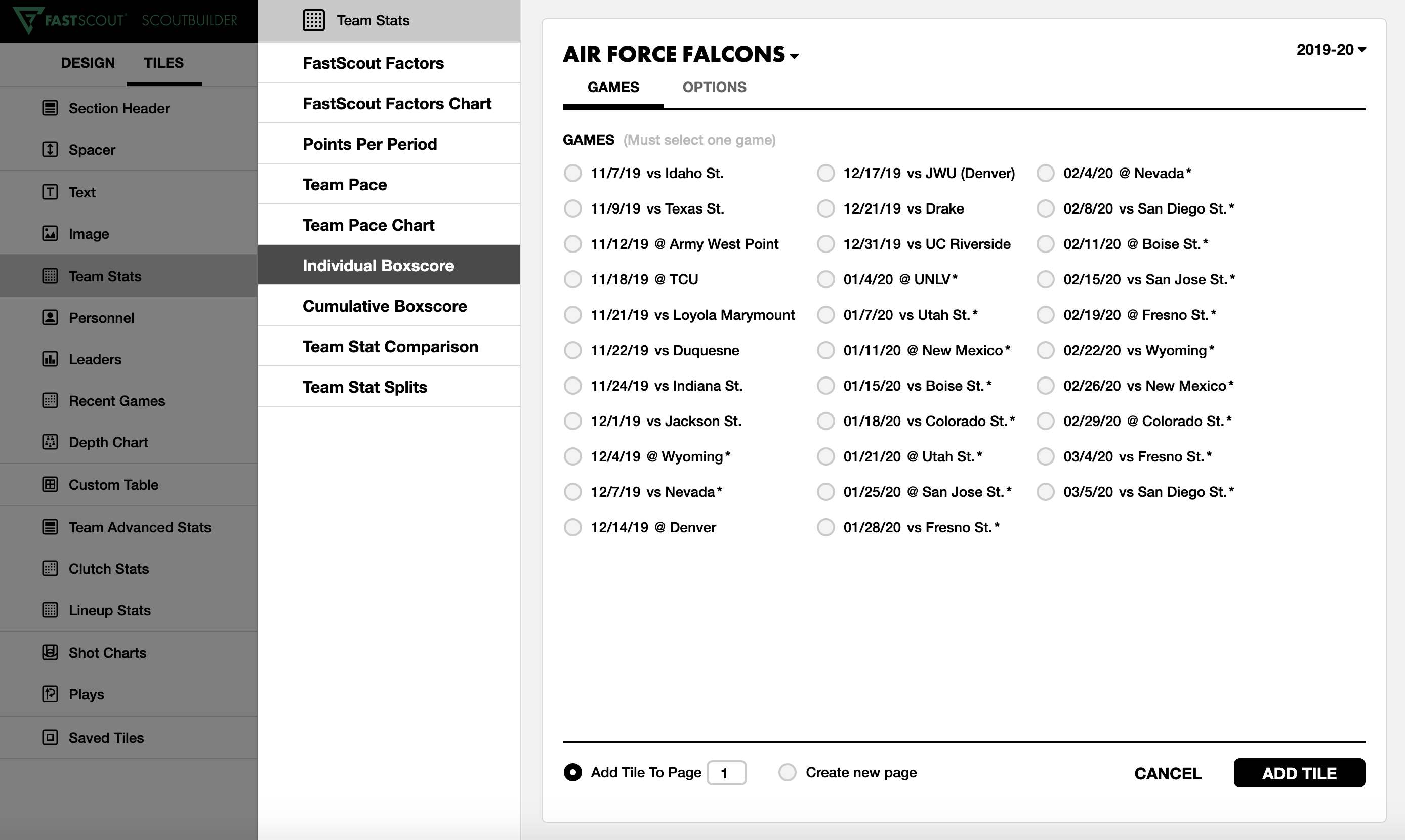 In the Options tab, you can 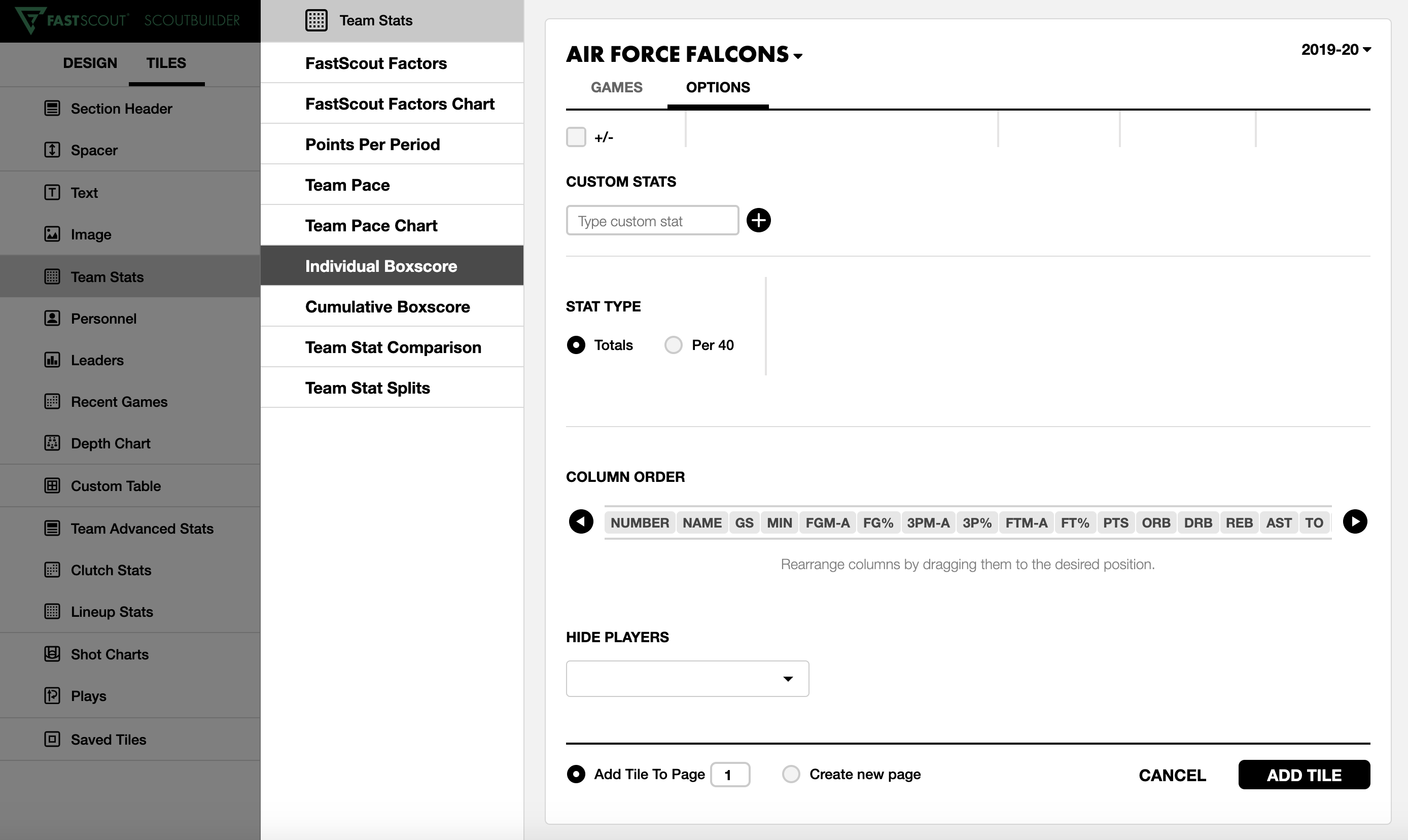 For any box score in FastScout, sort by clicking on the column header, which is denoted by a small arrow next to the column header. In the example below, I have clicked on MIN to sort by minutes played. 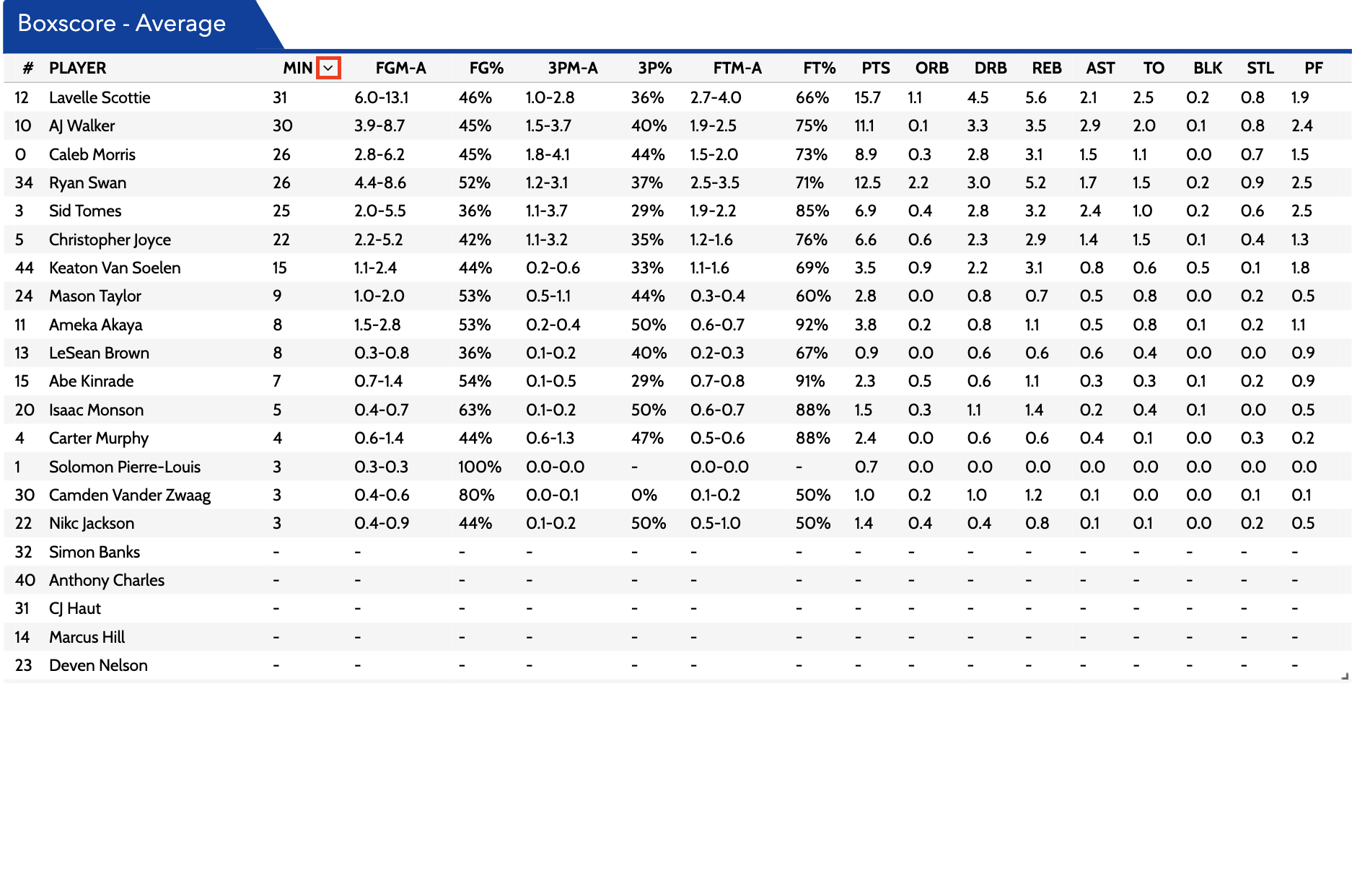 Click the Settings button highlighted below to adjust any settings: 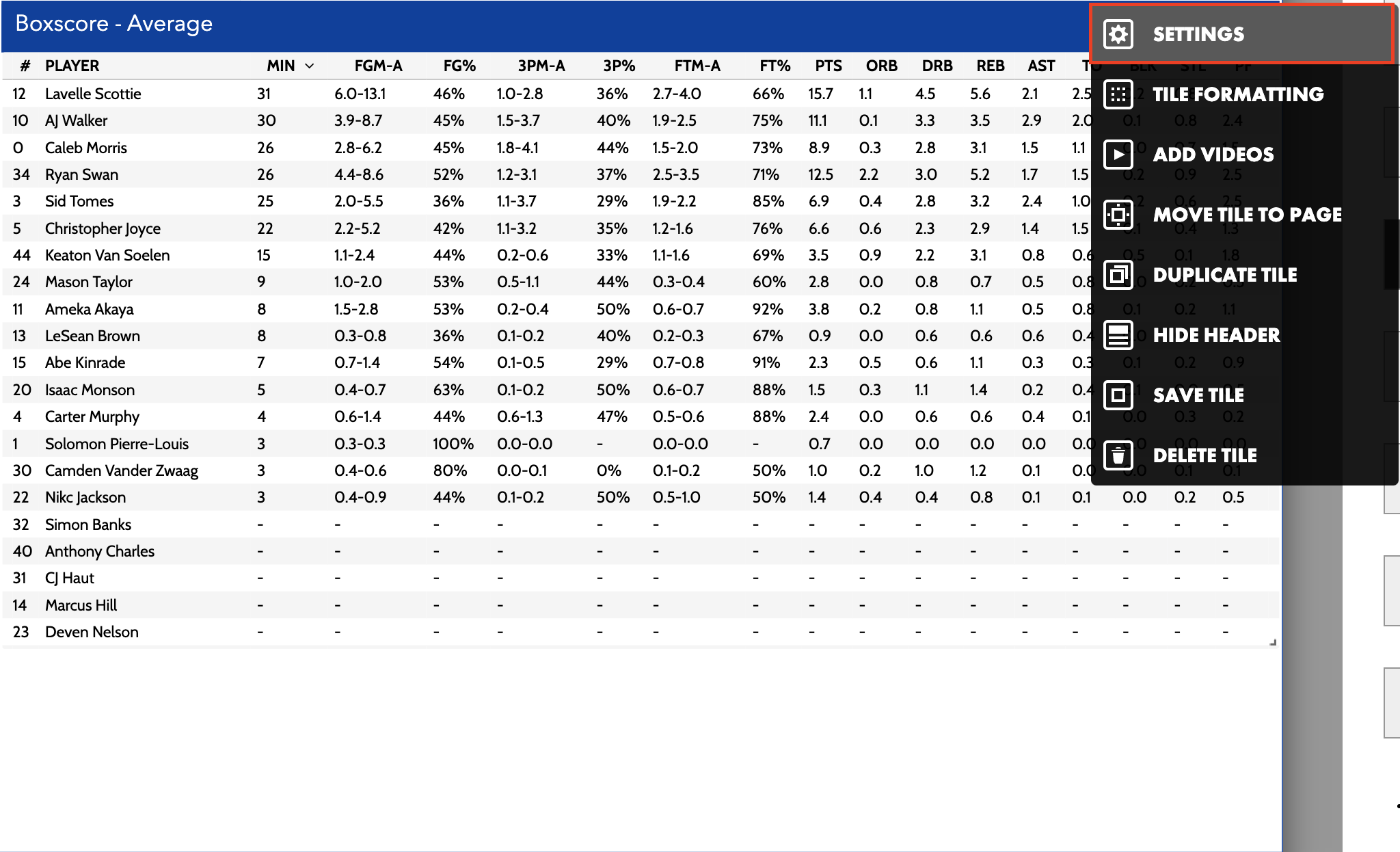 Cumulative box score for a set of games. Select which players you want to display in the boxscore by going to the Player Tab. The sample tab shows a preview of the tile. 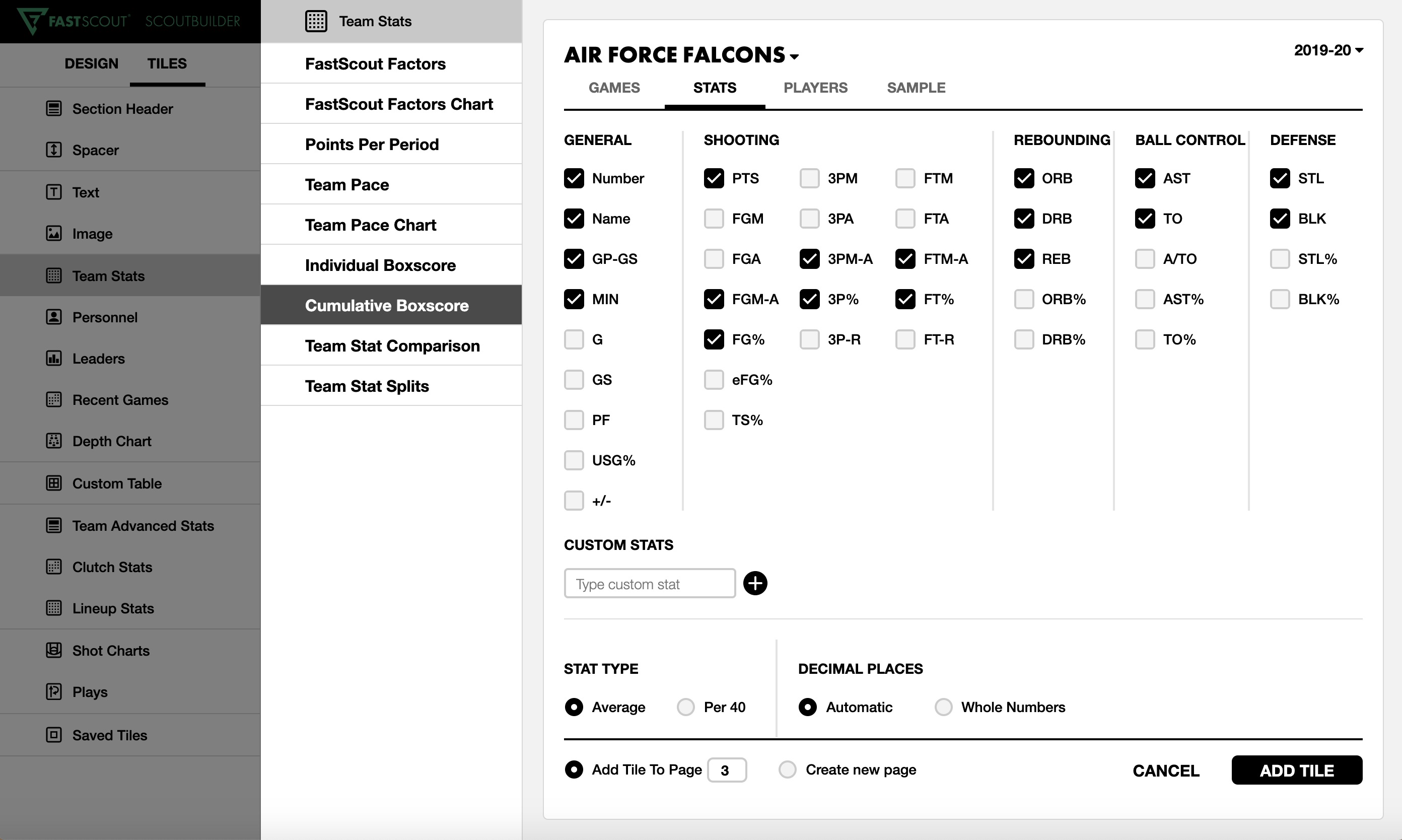 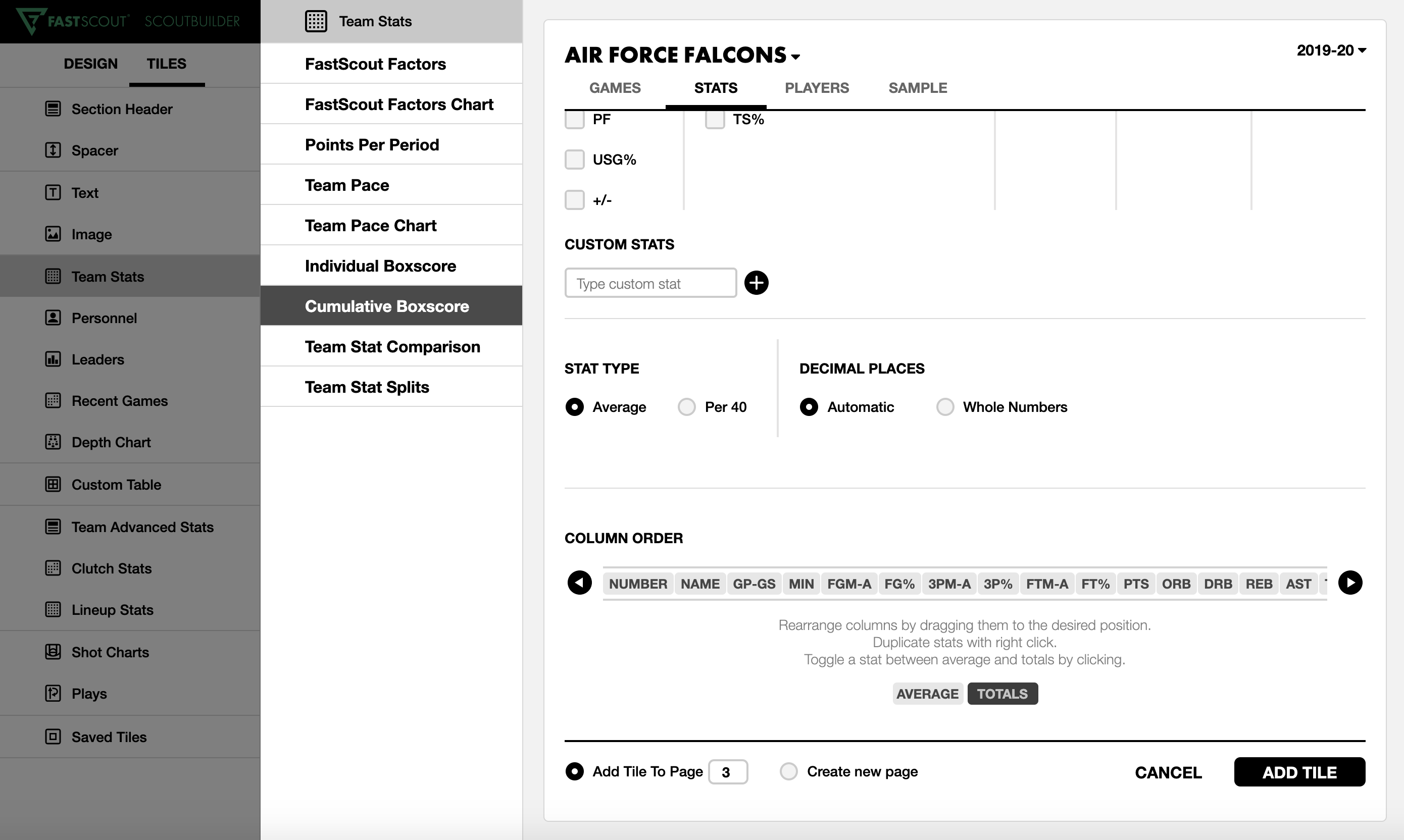 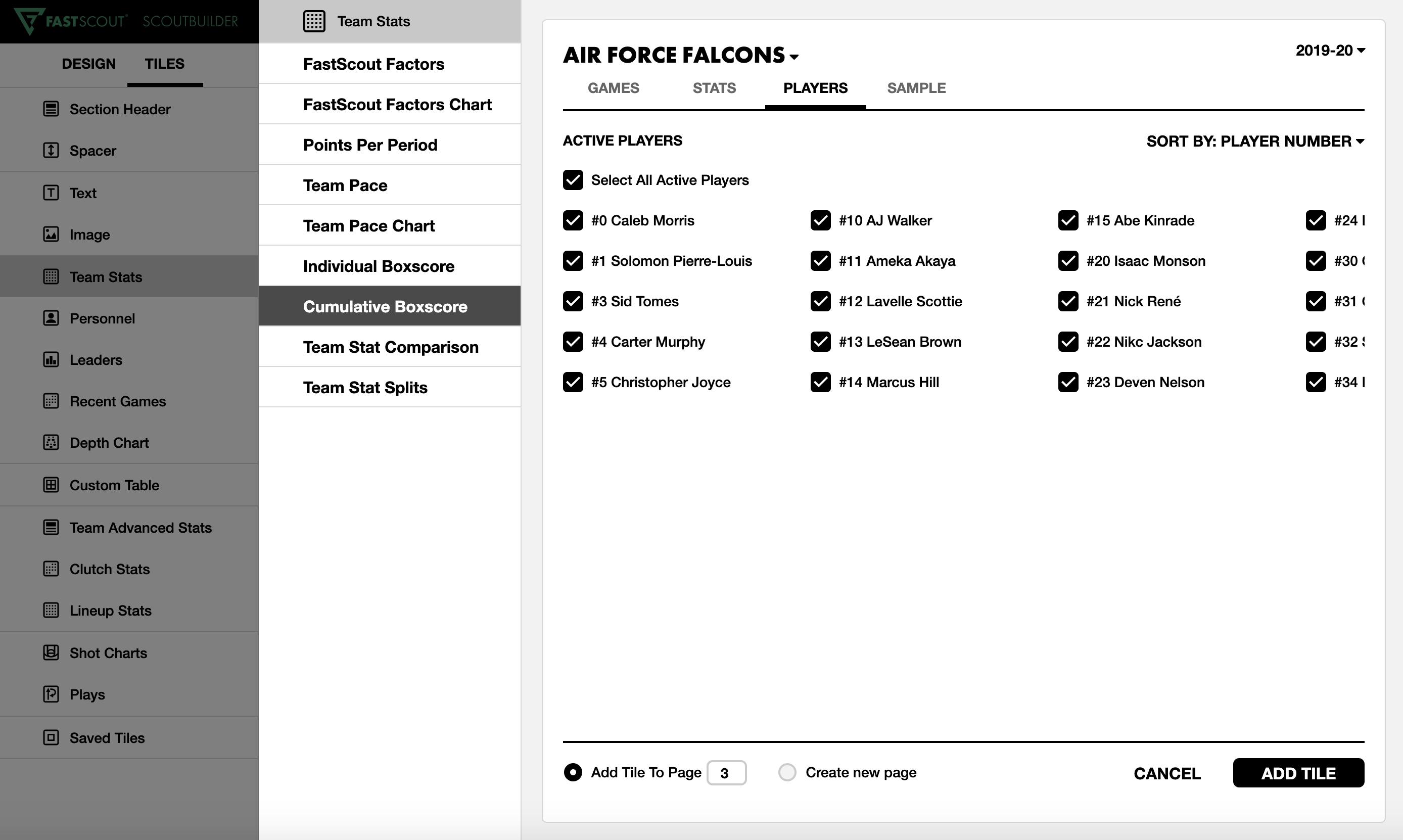 The Team Stat Comparison is an overall stats comparison between the opponent and your teams. 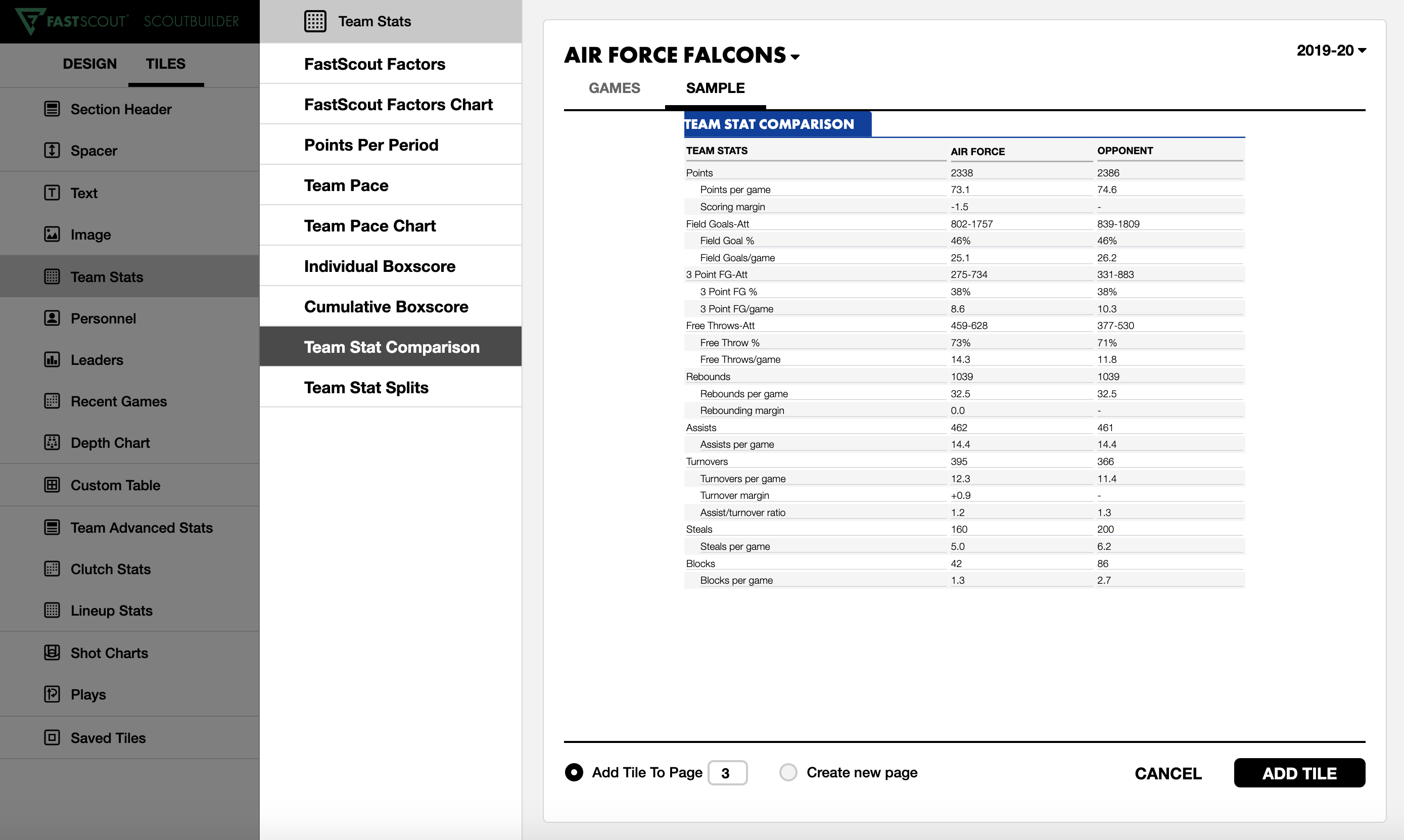 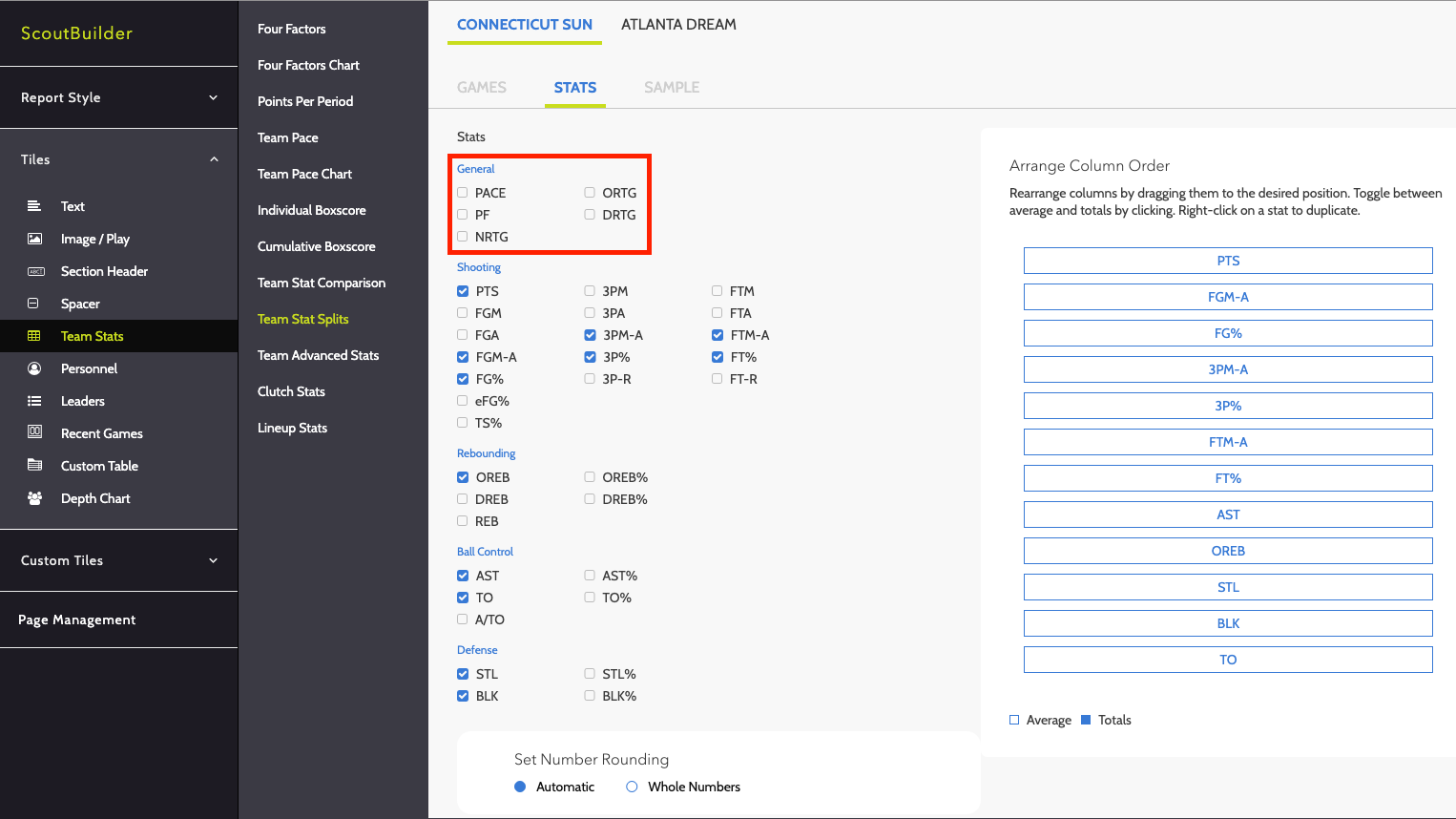 In the Stats tab, you can re-arrange the order in which the stat rows appear. 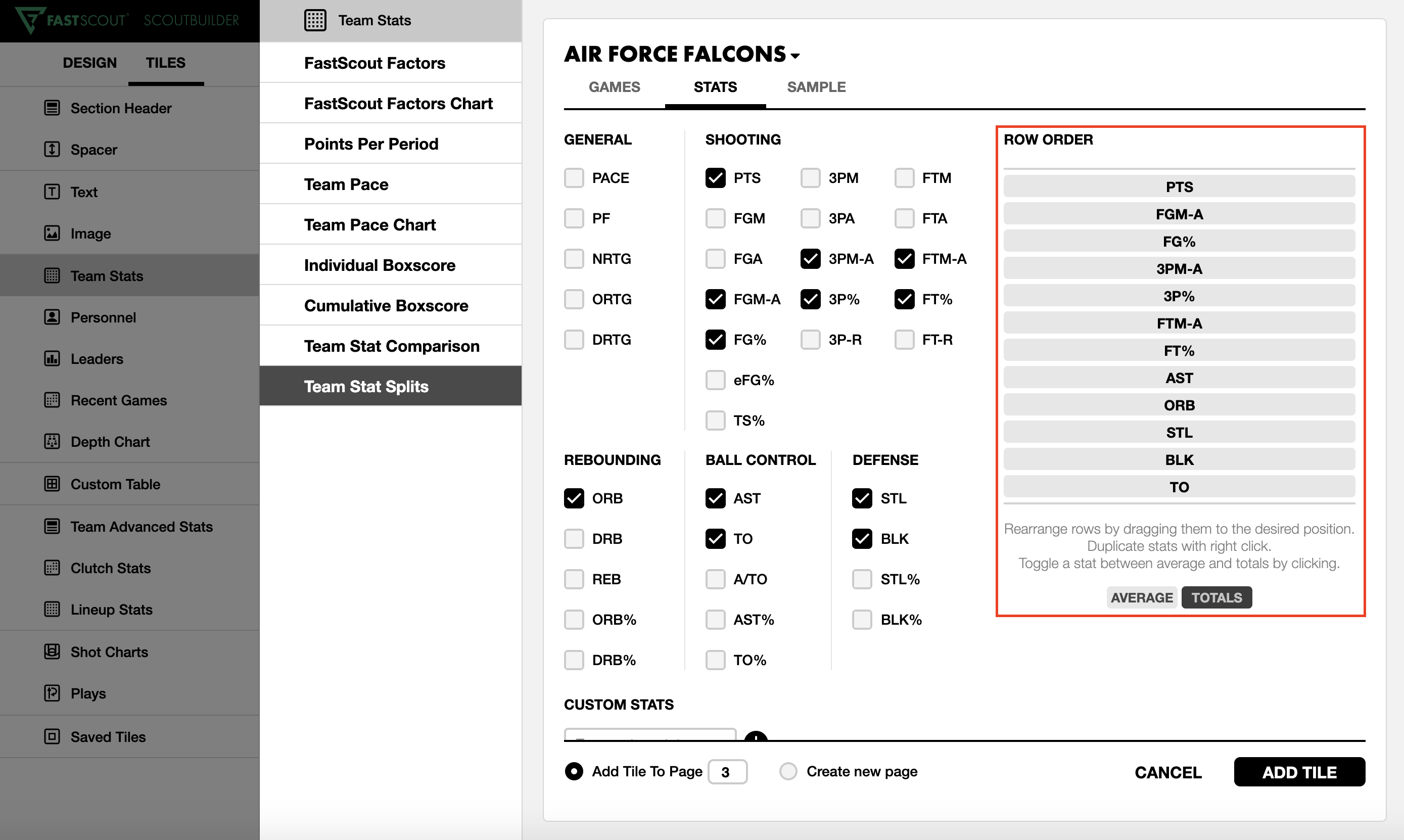