What is Simultaneous Editing?

- Simultaneous Editing in FastScout gives users the ability to have multiple coaches working within one scout at the same time, down to the tile level.

How Does it Work?

- Check out our video example here: Simultaneous Editing in Action

- Users in the scout will receive notifications when the game date is changed.

- Users are able to edit different tiles or different pages within the same scout, simultaneously. Editing is locked on a per-tile basis. Users will notice a '[Insert Name] is editing.' alert and lock over a tile when another user is editing a specific tile.

What happens if someone else deletes my information from a scout?

- Users will still be able to restore backups and access old versions of each scout if something accidentally gets deleted by another user and the coach would like to restore a previous version of the scout. 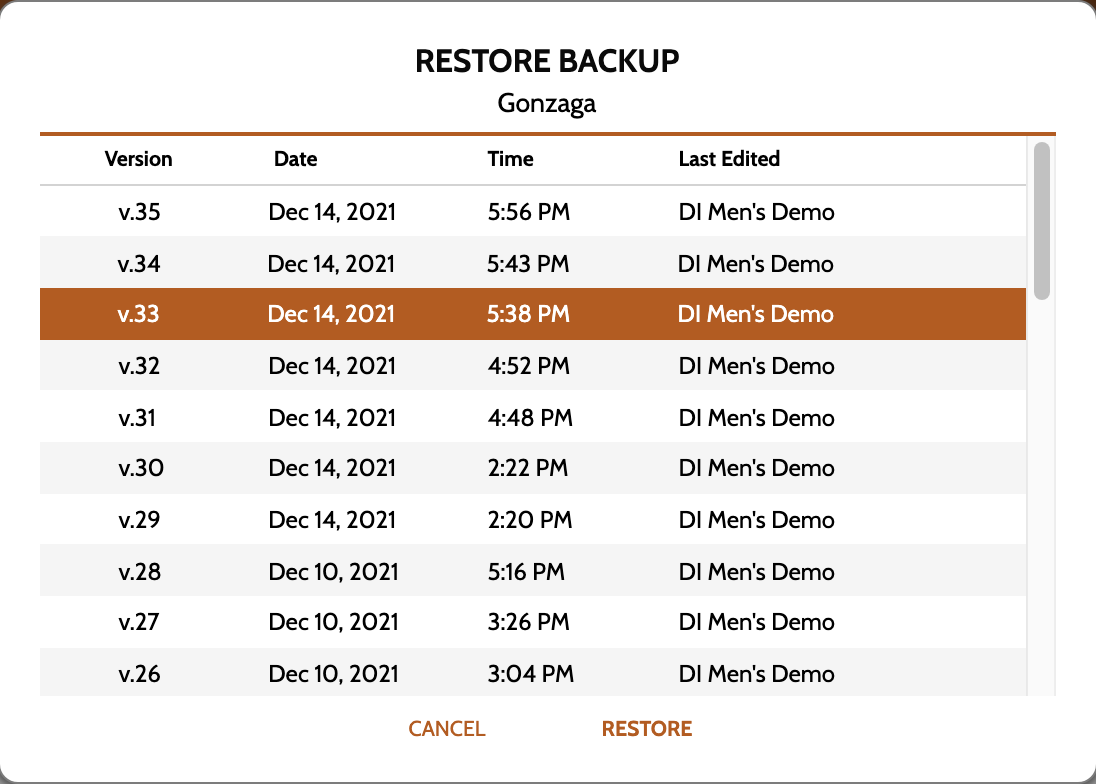 Can I take a scout offline?

How many coaches can edit a scout at once?

- As many as you want! There is no limit to the number of coaches that can edit a scout at the same time

Can players view scouting reports while coaches are editing them?

- Yes, if the scout has been shared to players, they can view the scout in read-only mode while other coaches are editing the scout